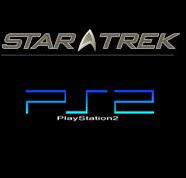 Star Trek XI isnt the only big comeback for the Trek franchise in 2006. This year also marked the return of Trek to the gaming community with the announcement of a deal with BethesdaSoft last January. Star Trek had been out of the gaming world since Activision sued Paramount to get out of its licensing deal back in 2003.

New PS2 game confirmed and Fontana confirmed as Legacy writer
So far Bethesda had announced 2 games: StarTrek: Legacy for the PC and Xbox 360 (with a story, now confirmed, to be written by Trek Vet DC Fontana), and Star Trek: Tactical Assault for the Sony PSP and Nintendo DS. Now it appears that they can cross the console with the largest installed base off their todo list: At the ‘Star Trek 41 years and counting’ ComicCon panel, CBS Consumer Products Executive Paula Block announced a 3rd game called ‘Star Trek: Battlestations’ for the PS2 (She did also say that the name wasn’t final). [NOTE: PS2 and not PS3] It is too early yet for any announcements on a game tie-in with Star Trek XI…we can only hope that sales for Bethesda’s first Trek games goes well.

A different game
It is interesting that Battlestation is not a port of either Legacy or Tactical Assault but a totally new game. In describing the difference Paula Block said “if you just want a good starship shoot-em-up you get Star Trek: Battlesation, if you want a good story you can have Star Trek: Legacy”. I suspect (especially with it being a PS2 game) that this game was in development before the Activision lawsuit in 2003, I find it hard to believe that they would start a PS2 project in 2006. Launch date was this fall.