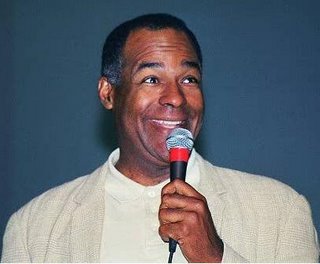 Now it’s Michael Dorn’s turn to let us know how he really feels. Dorn (Lt. Worf) talked to the Houston Chronicle as part of the release of the new ‘Star Trek Fan Collective: Klingon’ set of DVDs. Regarding the possibility of Star Trek XI being a TOS prequel he says “I think that would be a mistake…you dont go backwards in Star Trek”. Like Sirtis, Dorn also takes a swipe at the Trek TV Shows made after Star Trek: The Next Generation, “I don’t think he would have done any of those shows” Dorn said, referring to the late Gene Roddenberry (creator of the Trek franchise). Presumably Dorn’s comments are limited to Star Trek: Voyager and Star Trek: Enterprise being that Dorn was on the Paramount payroll for Star Trek: Deep Space Nine for 5 years. Dorn who has the distinction of appearing in more Star Trek episodes than any other actor believes that Paramount has ‘milked the cashcow almost dry’, but would he play Lt. Worf again? “I’m smart enough to never say never”.

Deja vu all over again?
This all seems to be part of a pattern actually. There was quite a bit of sniping from the stars of the Original Series and first 6 Trek films after it was decided the film franchise would switch to Dorn, Sirtis and their fellow TNG series co-stars. Paramount’s judgement was also called into question at that time. George Takei was especially vocal, claiming that the fans were demanding films with him starring as Captain of the Excelsior. This all died down after the the TNG based films started to do well at the box office. Sirtis and Dorn will grow to accept the changes just as the TOS actors did. In fact, Takei has recently been talking up JJ Abrams and Star Trek XI…then again maybe he thinks Sulu is coming back!(Full Article)