The Star Trek Into Darkness world tour came to London on Thursday for a big premiere in Leicester Square. On hand was most of the cast of the movie, including Benedict Cumberbatch in his first premiere appearance. See below for photos from the white carpet.

London rolls out the white carpet for Star Trek Into Darkness

The Star Trek celebs arrived in style at the London premiere of Star Trek Into Darkness. Here are some of the group shots with Chris Pine, Alice Eve, Benedict Cumberbatch, and Zoe Saldana. And of those stars and more stood for individual photos as well. 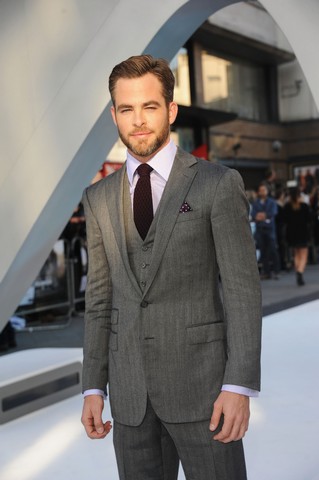 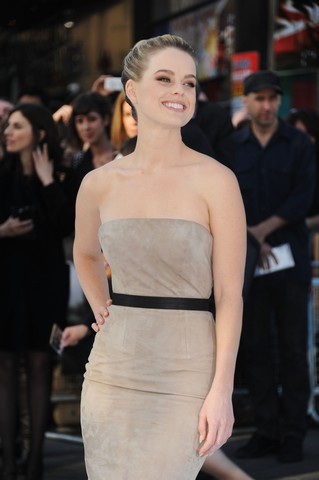 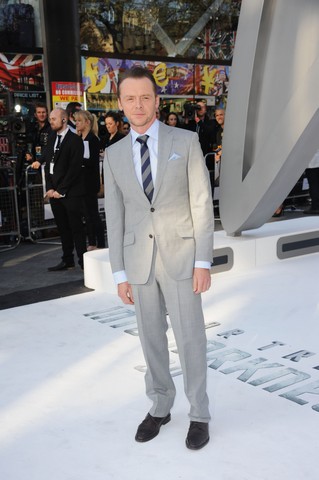 …and a few more pix from the white carpet

Some also posed with their international character posters: And of course as they always do, the celebrities signed and posed for pictures with the fans. 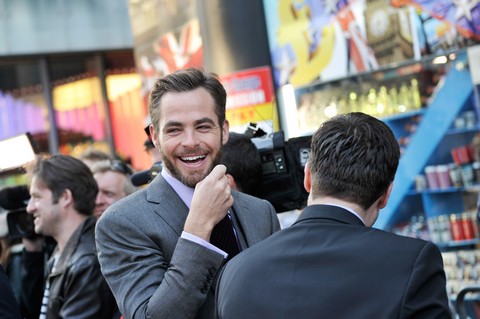 And finally here a couple of shots of the group at an earlier photo call with the Tower Bridge in the background: Paramount has released this video from the event

Here is some video from the UK’s Telegraph:

TrekMovie has white exclusive carpet interviews with the writers of Star Trek Into Darkness coming up. Plus video of many of the celebs talking on a stage set up for them to be interviewed (like they did in Berlin, but it wasn’t done on a live stream). Look for all of that and more.

I haven’t gone to sleep waiting for these updates. Gr8 work guys :D

I read somewhere that Cumberbatch refused to sign for autograph resellers and only signed for fans. What a guy! Gorgeous cast. Someone had better post the Graham Norton show tomorrow…I’m looking at you UK. Side note, my Kreo toys arrived. Very cool, but no villain. Just a few specialists. The dude deserves his own Kreon!!!

I don’t understand Quinto’s hair. On topic, I’ve been completely distracted from work all day because I’ve been trying to follow the premiere coverage on my phone! Looking forward to more Trek Movie coverage! Very glad for your Twitter coverage.

Great pics of the cast; but is it just me or does Simon look a little older than since we last saw him?

I love that every outfit she wears makes your eyes dance around for details.

Looks like a great time! At least London is still in one piece for the premiere, unlike in the movie. :)

I thought The Choverlord was supposed to be there? Eh, they all look great, though. Except for Zachary’s hair, which I don’t think I will ever understand.

Love that group shot in front of the bridge with the Airplane flying in the distance. Very nice.

A system I...think they once called video....

Why are they using the sciences symbol delta shield? The classic one is the command symbol. Odd choice

Such cool looking people – I wonder who they could be…:)

Chris and Zachl seem to be doing stuff with their hair – cutting it short at the sides and putting colour through it et al…good grief…dear, oh dear

#14. Perhaps for the third film they will showcase the engineering symbol delta shield!

13: lens flares are fitting when JJ speaks at end.

How cute is Zoe when she speaks in the Telegraph vid. Chris and JJ seem very nice as well.

Is it just me, or has Anton Yelchin been completely absent from this film’s marketing? What the heck??

I was there today and had an absolute blast. Got autographs from pine,Saldana and urban. Very good atmosphere apart from the warm up rap artist. Also Princess Leia turned up to interview for yahoo. Maybe that’s why I do all my searches via google

#21 – You lucky person. I am glad you had a great time. How were Pine, Saldana and Urban?

20. The studio probably has him busy searching the country for his long lost “Odd Thomas”…

JJ is one lucky guy.

Alice Eve! Wow, are you kidding me?

@20
Yeah, not a peep from Anton or John really. But a definite absence of the youngest cast member. Which is intriguing…

“Stuck midway between a muddled Truther metaphor and a nearly beat-for-beat remake of the identically-plotted Star Trek: Nemesis”

In case anyone is wondering Cumby is busy filming season 3 of Sherlock. Could be a very interesting week if we get STID on video for Black Friday, and Sherlock premierex on 11/24. A somewhere in there is second Hobbitt film.

I have a feeling that Mr. Cumberbatch is about to become a “STAR”. From everything I hear it couldant happen to a nicer guy.

Ahhh its not fair, seems the world has seen stid before us lol

Just checked The Hobbit 2 The Desolation of Smaug is scheduled 12/13/13.

Anthony told us on the Questions thread that Anton was shooting another movie.

@27… Typically British review right down to the stiff upper lip (I should know I am a Brit) clearly not a trek fan either as all the spoilers I’ve seen couldn’t be further from a beat for beat rehash of Nemisis (for one, spoiler alert, Cummberbatch is NOT Kirk’s clone) I wouldn’t judge this movie on British reviews for one reason; we’ve never really embraced Star Trek I mean there are a lot of Trek fans out there but the vast majority aren’t and that tends to taint the review in a “oh god not another Star Trek movie” sort of way. Add to that they’re probably pissed they can’t give out spoilers so what better way to get back at the director for forcing them into silence than to compare the movie to the worst Trek movie in the franchise?? Second as another just for instance… I don’t see the damage to the big E indicating that she rammed the Vengeance…

I never heard of them, I prefer rotten tomatoes or other more credible sites. I read his review and it seems like he is not that sharp or knows movies or what is good. Ill be keeping open mind for the 15th.

4) Pine, Quinto, and Pegg are the same with the dealers here in Hollywood, Pine has gotten really good at spoting the dealers. And unfortunately here in Hollywood are some of the most obnoxious and agressive autograph dealers you’ll ever have the misfortune of meeting.

Slime balls who don’t give a second thought about pushing aside a little girl to get an autograph, get into full on teritorial beat downs with other dealers encroaching on their “Spot” And if Pine see’s one in Particular in the line named RedBull Mike, he won’t continue down towards him.
“Redbull Mike” actually chased Pine’s car down on foot trying to get autographs back in 09.

The autograph dealers really ruin it for the real fans who I see standing in front of the theatre when we are hosting premieres at work.

Nemesis? Gene Coon where are you?

I too was curious about the selection of the Science version of the delta shield. Maybe next movie will have Engineering?

Variety’s just-posted review can act as the matter to Coming Soon’s anti-matter: http://variety.com/2013/film/reviews/star-trek-into-darkness-review-1200442461/#!1/startrek_benedict/

The gang looked awesome. Zach, Chris, and Alice were sweet to the fans, from the photos I’ve seen.

I’m waiting for Zach to shave a delta shield into his temples. He’s done nearly everything else with his hair so far this trip!

I think he’s trying to look as un-Spocklike as possible. I wonder what style suggestions he’d give his alter-ego, besides ‘lose the bangs’… (Spock should have some radical tattoos…)

OMG Alice Eve. She nailed it again! Whenever she’s on the red carpet she steals the spotlight. So insanely beautiful. Wow..

Not to sound selfish, but I feel like Star Trek is an American movie, and should have been viewed here first.
I’m pouting really!!!

Alice Eve is FLAWLESS. My goodness! She has killer style and figure :)

Her facial features are amazing. I officially have a lady crush! <3

Alice just rules every premiere she goes to! Goddess :)

@43. For Trek to survive, it needs to fly the nest and explore the world. Go, grow, and always remember where home is, Trek!!

This might have already been posted elsewhere on TrekMovie but samples and listing of the full Star Trek Into Darkness soundtrack is now online at: http://www.michaelgiacchinomusic.com/soundtracks/star-trek-into-darkness.html#.UYNEuisY0XE

@31
Okay, that makes sense. I’ve been censoring some of the articles here so I missed that info. Thanks!

It hurts seeing this movie open in other countries before the US. I really dislike the movies that pushed this one back. We’ve waited 4 years for this, it’s been enough….

Perhaps someone should mention that Cumberbatch was THE highlight on the white carpet. People went nuts.