Is it a memoir? A self-help book? A story of woe? A tale of triumph? William Shatner’s latest memoir, Live Long and… What I Learned Along the Way

is all of these, and more.

Advice that’s not advice … or is it?

“I, literally and proverbially, have been to the mountaintop,” says Star Trek‘s original Captain Kirk on page one, and dammit Jim, he’s right. Throughout the book, he reminds us that he has lived one hell of a life, from the highest highs (both figuratively and literally) to the lowest of the lows, and what wisdom he’s gained from his experience is not, he points, out, necessarily the right wisdom for the reader:

When people come to me and ask for advice, assuming I must have learned something really important in my lifetime, I respond with the best possible advice: Don’t follow my advice. Each one of us is unique. Different. Not the same. You didn’t have my mother. No one else can walk in my shoes; most people can’t even fit into them. I can’t wear your shoes; they make my bunions pinch.

Despite the disclaimer, he actually does have some advice that’s worth heeding, along with a whole lot of stories to explain how he’s learned what he knows so far. And “so far” is the operating assumption here, because he clearly plans to keep going, growing, and learning whatever life has to offer him. At 87—86 when he wrote the book—he knows himself pretty well, and tries to explain what motivates him. 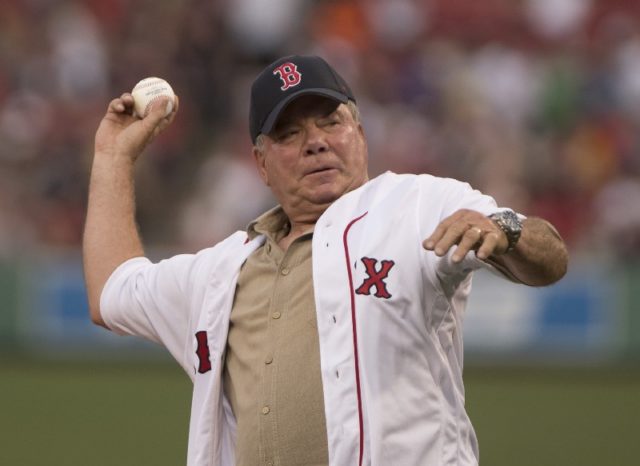 The book is funny in places, heartbreaking in others. The reader gets a glimpse into the loneliness Shatner clearly feels—this is the man criticized by his former Star Trek co-stars and made bereft by the death of best friend Leonard Nimoy, who wasn’t speaking to him at the time of his death. Shatner still doesn’t know why, he says, and considers it one of the great sadnesses of his life.

He reveals other moments of loneliness, like when he was a kid in Montreal—his Valentine’s Day story will break your heart no matter who you are—and at the points in his career when that call every actor is waiting for just didn’t come.

My career and my plans have always been dependent on the next phone call. And I never knew when—or even if—the phone was going to ring. We are under the illusion that we choose our path, but we don’t. The road isn’t even paved. The road is being tarred as we go along.

This isn’t his only philosophy, of course.

I suspect we all like to think we are in more ways the same person throughout our lifetimes. Well, I am here to tell you we are not. Anyone who claims to have the same principles at my age as they had in their twenties simply hasn’t learned anything from their experiences.

And as for what he has learned, this will surprise no one who has followed his career:

I have great news for you: I can report to you from eighty-six years old that no matter how passionate you are, you will never run out of it. There is no limited reservoir of passion. To this day, to this moment, I am still in the thrall of physical and emotional passion. You don’t have to hold any of it in reserve until the right person or Thai restaurant comes along. No matter how much passion you display, there’s a lot more where that came from—but only if you learn how to accept it and enjoy it. William Shatner at the Calgary Stampede in 2014

There are definitely some significant moments in his life captured here; the book even opens with Shatner being told by his doctor that he has an aggressive form of prostate cancer. He writes about some deeply personal moments with his family, like his granddaughter asking why he wouldn’t go see his first wife in the hospital when she was suffering from dementia, and his description of the intensity of his emotions at his father’s funeral make him less of the persona we’ve come to accept as William Shatner and more of a relatable human being with the same strengths and weaknesses as any of us.

But if you’re looking for a straightforward account of Shatner’s life, look elsewhere: in his other memoirs, or on Wikipedia. But if you want to know what’s in the man’s mind, he absolutely answers the age-old question “What was he thinking?” when it comes to some key moments in his existence. His difficult relationship with his mother that has never lost its grip, his enthusiasm and energy for vehicles and his deep connection to animals, his lost friendship with kind prostitutes, his anger towards his first wife, his confusion about what happened with Nimoy, who he’d felt was a brother to him — he examines them all, and tries to explain what has driven him, what he’s struggled with, and what he’s learned about himself.

It’s not that I don’t trust happiness; it just has always been so difficult for me to find. I am as happy as any human being for short periods of time.  revel in good company and great food, in stimulation of many kinds, but then I need more. It revitalizes me, renews me, keeps me going.

And his thoughts on how he’ll end his life are both revealing and amusing.

Other people may accept death peacefully; not me, when I go I’m going kicking and screaming. I’m holding on to the furniture.

What this memoir explores best is the WHY of William Shatner, and he takes you on a hell of a ride as you go. Even those who have read all of his other books will enjoy this quick read. you’ll find yourself laughing out loud at some parts, and shedding a tear, at least in spirit, at others. It’s an intimate look at a guarded person, and although he doesn’t push himself that much, he still lets us in. Buy your copy at Amazon, in hardcover, e-book, or audiobook (narrated by William Shatner).

Listen to an excerpt:

More Shatner and Live Long and…

Read our interview with William Shatner about his memoir.

Find out 7 New Things We Learned from his book.

I recommend the audiobook version which he narrated. It adds to the experience. My favorite part was the paintball match he participated in.

Pete from the train
Reply to  Dr Zaius

I read it. It is everything you say but I really was saddened by his perpetual loneliness and his fear of death. Boy is he a vibrant man though. I hope I can have even half his energy should I make to that age.

Aren’t we all at least a little afraid of death?

Yowza! How ‘shopped is that cover photo?

How ‘shopped or how old is it?

Is he attempting a Guinness Record for most memoirs written? I still haven’t finished ‘Sybok Memories’.

wonder if the Nimoy no speaking thing was anything to do with the proposed Shatner/Orci Trek 3?

I’m a big fan and admirer of Shatner, but this is not one of his better books. A commenter here called it “cute”, and I’d say that’s accurate. It’s a quick breezy read that feels a lot like it was dictated to someone extemporaneously in an afternoon or two. It’s rambling, he sort of repeats a few things. There’s a lot of fluff and very little that’s new, or even, in my opinion, particularly interesting. Overall, though, I still enjoyed it. Shatner is a uniquely fascinating, complex, and talented human. The book offers another little glimpse into his brain. I’d also say it’s one of his lazier efforts, and not even close to the same quality as his other memoirs.

Thanks for comparing this one to his other memoirs; that helps me decide to get it from the library, not the bookstore. ;-)

Good review, Karidian. I found Shatner rambled and repeated himself, too. I’m surprised a good editor would let it go to print in that form.

You read a Shatner bio, Harry??? I thought you despised the man?

No, Anthony, I don’t remember ever saying that. The time I met Shatner in 1974, and chatted with him (one on one) for 10 minutes, he was very nice to me. I think I have pointed out over the years, that people who worked with him here in Canada think he is a real assh*le. I don’t know, maybe he has mellowed in old age.

I like his story of driving in the snow storm. I can relate to it.

It is a good book and that was a good review. It lets us look through the window to see Shatner. Like any view through a window, you don’t get to see everything, but you get to see a lot more than if the window wasn’t there.
Some people on this site see the glass as one fifth empty instead of 80% full. If you’re looking for a book for optimum editing, don’t read it. If you’re looking for a book to learn about William Shatner as a person, it’s enjoyable and worth reading.

I’ll say this about the Shat, he has indeed lived a long interesting life and he looks and sounds great for being 87. Don’t like him personally but love his work and work ethic.