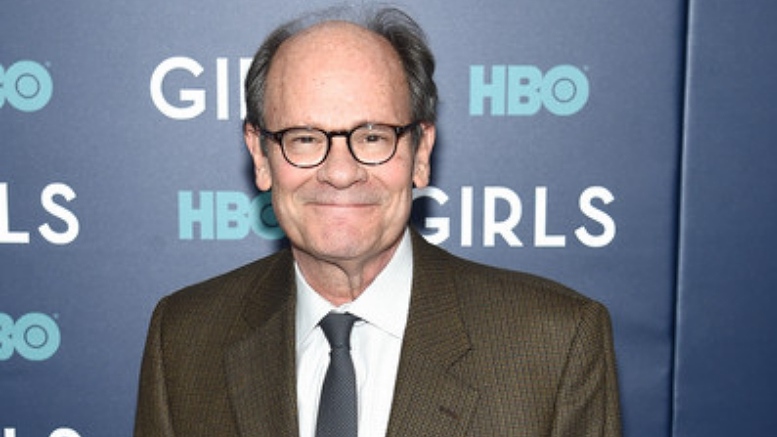 Star Trek: Voyager’s Neelix is headed back into space, Ethan Phillips has been announced as one of the stars of a new space comedy titled Avenue 5.

Variety is reporting that HBO has given a series order to Avenue 5, a new comedy from Veep and The Thick of It creator Armondo Iannuci. Avenue 5 is described as a space tourism comedy set 40 years in the future “when the solar system is everyone’s oyster.” The show stars House’s Hugh Laurie as the captain of the space cruise ship Avenue 5. The cast also includes Josh Gad, Zach Woods, Nikki Amuka, Rebecca Front, Lenora Crichlow, and Suzy Nakamura.

Ethan Phillips will play a character named Spike Martin, an elderly space enthusiast and former astronaut. Spike is described as “a grizzled womanizer and heavy drinker who is also surprisingly good with kids. Spike thinks he should have a higher status due to his achievements as an astronaut, but not many people know who he is. He often boasts of being the first Canadian to land on Mars, which isn’t strictly true.”

Iannuci will serve as executive producer and direct the first episode. His political comedy Veep starring Julie Louis-Dreyfus wraps up its seventh and final season this year, having garnered 59 Emmy nominations and 17 wins over its first six seasons. Iannuci first worked with Phillips in 2015 when the former Voyager star had a guest role on two episodes of Veep.

Since wrapping up his time on Voyager in 2001, Phillips has remained busy with roles on numerous television series, including recent recurring roles on highly acclaimed series like HBO’s Girls and AMC’s Better Call Saul. Avenue 5 will be Phillips’ first time as a series regular since saying farewell to his Voyager crewmates in the Delta Quadrant. This is not Star Trek but good for him. The only good thing on HBO is Game of Thrones. Talk about Star Wars, Marvel, DC whatever. Star Trek actors go there too. This is a show I won’t watch. The Expanse is great sci-fi. Nice.

Given the amount of Orville related news on this site, “it is not Star Trek” doesn’t really matter.
I love Veep, and the British show “The thick of it”, of which Veep is some kind of remake. Iannuci is an excellent storyteller and I’m definitely looking forward to any post-veep project he’s involved in.

The Orville is Star Trek. It has likeable characters exploring the human condition on both interpersonal levels and in the societal/ philosophical level. It emphasizes discussion of human issues over frenetic mindless action.
It may not be named Star Trek, but it is. By contrast, a show may be the opposite of what I just described above, and even call itself Star Trek, but that doesn’t mean it necessarily is Star Trek.

Are you on drugs? Star Trek is a franchise, not a state of mind. By your description, 99% of Star Trek would not qualify as Star Trek.

“The Orville” is better Star Trek than current Star Trek. It’s my favorite sci-fi currently airing with “The Expanse” a close second.

Hey, Professor…sorry there’s no room in your multiverse for a new SF comedy. Iannucci’s work is not for everyone…I’m guessing the material would sail right over your head anyway.

In any case, part of Trekmovie.com’s mission is to cover the work of Star Trek’s performers, and whether you are a Voyager fan or not, I would say his 170 episodes does qualify his work as newsworthy to those of us who haunt this site, and it would be near-impossible to dismiss the Sir Armando Iannucci’s Emmy-award winning work on “Veep”.

So, my dear Professor, don’t imagine that the news of Ethan Phillip’s new role on “Avenue 5” isn’t part of Trekmovie.com’s beat, nor that your permission as some sort of self-appointed editor to cover the story.

And please, don’t consider this as criticism or some form of censure on mu part. For the time being, there here interwebs are still relatively free, and remain one of the last few formats of free though, where anyone can, within reasonable standards of human intercourse and civil behavior, still express their thoughts and feelings freely and openly, no matter how asinine or small minded they are.

Star Trek: Voyager was okay. Janeway was a good captain. We got to explore the Delta quadrant and see the Borg. Pretty much it.

You mean when she wasn’t a bipolar madwoman who murdered Tuvix and flat out tortured a fellow Starfleet officer as well? Oh yeah, other than that… (in fairness, I blame the writers for most of that, Mulgrew is a fantastic actress but Janeway could dramatically vary depending on whether she had her coffee or not).

I’ve been waiting for space-based scifi (in all it’s many forms) to come back into the cultural viewfinder. Btw, if you haven’t seen that clip of Ethan on Veep, it’s a must-see moment. I was laughing so hard tears were coming out when the episode first aired. Listening to him read insults directed at Jonah…comedy gold!

The rest of that cast is pretty impressive, too! Hugh Laurie is always good value for money, Josh Gad (Olaf from “Frozen”) is hilarious, and Lenora Crichlow was great on the original British “Being Human”. Crichlow, Amuka and Front have all appeared on Doctor Who, too. I’ll definitely be catching this one!

Correction: I believe it’s Nikki Amuka-Bird, not just Nikki Amuka. When I first read the article here, I thought, “oh, she must have changed her professional name,” but the HBO link has her as Amuka-Bird. I think Variety goofed.

Hat’s off to Ethan Phillips….he’s kept his career going over a long patch of time….in a VERY competitive industry, if you know what I mean.