Just as they debuted the second episode of  Star Trek: Lower Decks season two, Paramount Plus put the first up on YouTube for free.

The episode will be available to stream on YouTube (in the USA) for free until August 24th. 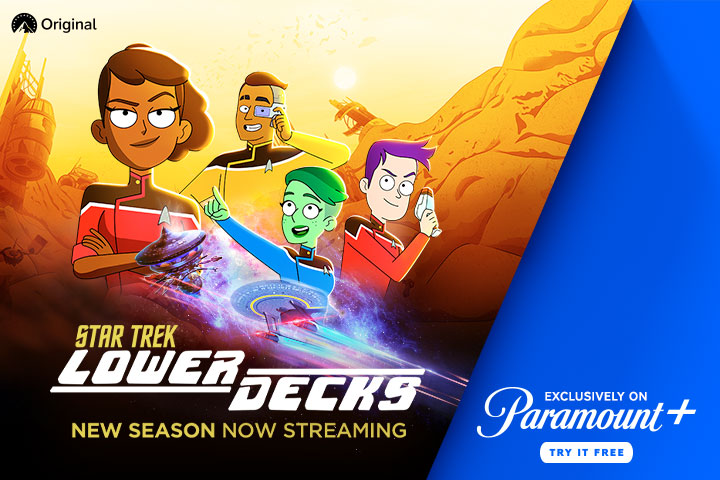 Good as I plan to watch it immediately.

Not in Canada, sadly.

They should put the second episode up. It’s so much better!

Does it include commercials? If not I think I will check it out. I’m waiting until September to start my P+ subscription again. Don’t want to pay for two months just for that show. Based on season 1 it just isn’t worth it. Actually, it’s not worth paying for P+ to begin with. But I’m a fan so God help me I’m still going to eventually check it out.

Yup, me too. But like you, ML, not buying into it until the last possible moment. I’ll cancel just as quick when I’m done binge-watching it.