UPDATED: The villain has been revealed for a major Star Trek production coming in 2013, but not for JJ Abrams’ sequel. The big E3 game show kicks off today in Los Angeles and Namco Bandai has announced the villain in the highly anticipated Star Trek console game will be the Gorn. There is also a new website, new screenshots and news that Chris Pine and Zachary Quinto are lending their voices to the game. Get all the Trek game goodness below.

One of the secrets about the upcoming Star Trek console game, which is set between the 2009 Star Trek movie and the 2013 sequel, is the villain. Today game publisher NAMCO BANDAI is revealing that Kirk and Spock will be taking on the Gorn, the famous lizards first encountered in the classic original Star Trek episode "Arena."

The site www.startrekgame.com has gone live. It includes some new images from the game. …let’s take a closer look at the Gorn

And there is also a "Gorn Logo." 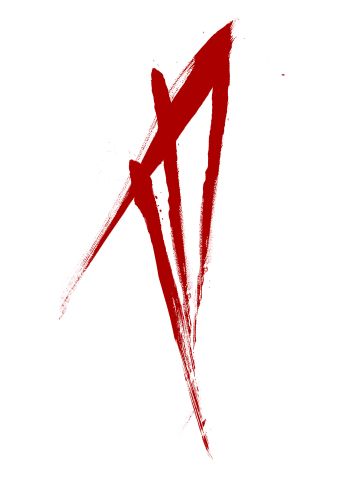 The site also has new concept art, allows you to join the community for more updates and features previously released videos and images and more. www.startrekgame.com.

Also announced this morning, Star Trek stars Chris Pine (Kirk) and Zachary Quinto (Spock) lend their voices and likenesses to the game, in the starring roles as Kirk and Spock. UPDATE: The game will also feature voices for all of the other main cast members from the Star Trek movie in supporting roles.

We are still waiting (hoping) for new video from the game. Until then, here is the last teaser (released in April).

Scheduled to Release in Early 2013

LOS ANGELES, CA (June 5, 2012) – Paramount Pictures and leading video game publisher and developer NAMCO BANDAI Games America Inc. today gave fans the first look at the key villain to be featured in the upcoming Star Trek™ video game inspired by J.J. Abrams’ Star Trek (2009) film reboot. The announcement made at the Electronic Entertainment Expo (E3), revealed that a legendary lizard-like race known in Trek lore as “The Gorn” will play the destructive and villainous role in the video game releasing in early 2013. The co-op game is based on a standalone storyline that continues the adventure of iconic characters Captain James T. Kirk and Mr. Spock as they work together to stop the Gorn, an enemy race bent on conquering the galaxy.

“The Gorn are among the most iconic villains in the Star Trek universe and their role in this game certainly lives up to that persona,” said Brian Miller, Senior Vice President at Paramount Pictures and Lead Game Producer. “Kirk and Spock find themselves in an incredibly challenging amount of mayhem as they confront the Gorn throughout the game.”

More than just lizard-skinned foes, the Gorn are a blood-thirsty race determined to conquer the galaxy. A true military dictatorship, the Gorn are made up of billions of self-sacrificing warriors across thousands of colonies, each focused on the conquest of alien races. By utilizing their chaos-causing infectious venom, the Gorn seed mayhem and destruction as they destroy populations and deplete planets of their resources.

"Great villains give our favorite characters a chance to become heroes in the process of attempting to eliminate a powerful threat, and Star Trek fans have been eagerly anticipating the moment when the antagonists of the game would be revealed," said Carlson Choi, VP of Marketing at NAMCO BANDAI Games America Inc. “This is one of those moments and we couldn’t be more excited to give gamers a glimpse at the challenges that lie ahead for Kirk and Spock.”

The Gorn range in size and abilities, infecting their foes with venom that can poison, cause hallucinations, and even kill. From the smaller infantry Gorn Rushers, to the larger Gorn Warriors and the massive Gorn Brutes, the Gorn provides a serious direct threat, while the wall-climbing Gorn females showcase the cunning for which this race is feared. Technologically capable and possessing the antithesis of Federation ideals, the Gorn pose a devastating threat to Starfleet, the Enterprise, and its crew.

With a storyline occurring after the events of J.J. Abram’s 2009 Star Trek reboot, the Star Trek video game puts players in the shoes of seminal heroes Captain James T. Kirk and Mr. Spock, inviting them to work together to take on the ferocious Gorn in this epic action adventure. Built from the ground up as the ultimate co-op experience, players are set on a journey of immense proportions across unexplored planets and enemy battleships with the latest 23rd century weapons and gear. Kirk and Spock’s complementary personalities result in the most fully realized and varied co-op experience for this console generation.

Under a license from CBS Consumer Products, the game is being developed by Ontario-based developer Digital Extremes (Bioshock 2, Unreal Tournament, Dark Sector, The Darkness II) with production being overseen by Paramount Pictures and a scheduled release in early 2013 for Xbox 360® video game and entertainment system from Microsoft, PlayStation®3 computer entertainment system and Windows PC.

Attendees of E3 at the Los Angeles Convention Center June 5-7 can see a live demonstration of the Star Trek game and take photos in the Enterprise captain’s chair at the NAMCO BANDAI Games Booth # 1637 (located in the South Hall).

For more information on the Star Trek video game, please visit www.startrekgame.com and follow the game on Twitter at www.twitter.com/star_trek_game.

“We are thrilled to have these incredible actors, lending their voice to the legendary characters of Kirk and Spock in the video game realm,” said LeeAnne Stables, Paramount Pictures’ President of Consumer Products and head of the studio’s video game unit. “Players are in for a truly authentic experience with the combination of talent we have assembled bringing this action adventure game to life.”

In addition to Pine and Quinto, other actors from the 2009 film are depicted in the game including actress Zoe Saldana, in the role of Lieutenant Uhura, Simon Pegg as the benevolent Scotty, Karl Urban as the beloved Dr. “Bones” McCoy, John Cho as Sulu and Anton Yelchin as Chekov.

“There are certain elements at the core of Star Trek – insurmountable odds, exploration, villains like the Gorn and heroes like Kirk and Spock,” said Carlson Choi, VP of Marketing and NAMCO BANDAI Games America Inc. “Our goal is to pull gamers as deep into the Star Trek universe as possible and an integral part of that is the talent that make these characters their own."

The game’s original story is being penned by BAFTA award winner and God of War writer Marianne Krawczyk in collaboration with Roberto Orci and Alex Kurtzman, writers and producers for the upcoming Star Trek film. Built from the ground up as the ultimate co-op experience, the Star Trek video game lets players control both Kirk and Spock in a sweeping journey of epic proportions across unexplored planets and enemy battleships with the latest 23rd century weapons and gear. Kirk and Spock’s complementary personalities result in the most fully realized and varied co-op experiences for this console generation.

For more information on the Star Trek video game, please visit www.startrekgame.com and follow the game on Twitter at www.twitter.com/star_trek_game.

Note: Today TrekMovie.com was migrated to a new server. Some comments from the last day were lost in the transition…sorry

Looks lke they were all lost. Onward and upward….

♫ Everybody’s Gorn to the Moon ♪

this is looking great. glad to see the gorn get some love finally in a game and hopefully this is the “arkham assylum” of the star trek universe. it’s REALLY hard to believe that with such a rich franchise to go off of, there’s been so many poor or average trek games. between the studio producing this game and writer behind gow series and the collaborations with team jj -this all looks pretty promising. i’ll preorder closer to the end of the year for sure.

nice to see such a warm response so far

Thank GOD they moved the server. Most of those obnoxious “puns” and “jokes” are now lost forever!

I hope they close the prison at Gorntanamo Bay.

I guess the ‘Pike City Pioneers’ will have to find new digs until the war is over.

The Mets will still suck in the 23rd Century, so we can make an exchange, and send them to play on Cestus III, and the Pioneers to Queens.

@8 “Gorntanamo Bay” I tried hard not to laugh but I couldnt help it.

AUGGH. All of AJ’s gornacopia of Gorn humor was lost down a wormhole.

They have probably irrevocably altered the timeline of a parallel universe.

Can’t wait to get this game!!! I think the collaboration between the writers and the game and the voices and likenesses of Pine and Quinto will make this game a serious contender in the gaming industry. It’s great to see Star Trek have it’s day in the gaming arena.

I heard one alternate title for this game was Children of the Gorn….

I’m sorry…but in that first picture…it looks like Kirk’s holster straps are riding up in his but crack. TEE-HEEHEEHEE!! :D

It’s been confirmed in an interview with GameTrailers that ALL of the bridge crew are lending their voices to their digital counterparts.

16, I just came here to report the same thing.

I have also confirmed the game voices are from full cast. I have seen the demo and have some new video and comments and so look for that on the site soon.