One of the issues that many Trek devotees seem to be fixated on is that of recasting. The assertion of these fans is that audiences will not accept new actors in the roles made famous by William Shatner and Leonard Nimoy. But Hollywood has never shied away from recasting roles…even iconic ones. This week the top film is Miami Vice, in which original show creator Michael Mann has recast quintissential 80s stars Don Johnson and Philip Michael Thomas with Colin Farrell and Jamie Foxx. The film made over $25 million in its first weekend in the US (The LA Times saying it is on track to exclipse Mann’s 2004 hit Collateral). Are Kirk and Spock any more iconic than Crockett and Tubbs? 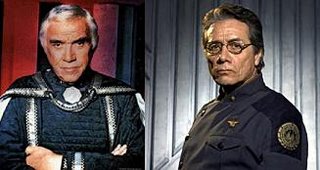 Devoted fans hold tight to their idols
When word of a possible recasting of Kirk and Spock hit the interweb it wasnt long until a faction of Trek fandom started throwing around words like ‘sacrilidge’, ‘impossible’, ‘doomed’ and of course ‘online petition’ .It is easy to understand why some hardcore fans find it difficult to see their favorite characters get recast, they have a deep emotional investment in these shows and their stars. The performances are burned into their psyches…it is hard to accept anything different. A recent example of this was the storm created in the run up to Trek vet Ron Moore’s revamp of the classic series Battlestar Galactica. BSG’s co-creator David Eick recently told the crowd at Comic-Con that it got so bad on the internet forums before the show aired that they just stopped reading fan input. Then the show came out and became a hit. Now most would agree that Edward James Olmos (ironically an Emmy winner for the original Miami Vice) is a better Commander Adama than Lorne Greene ever was. 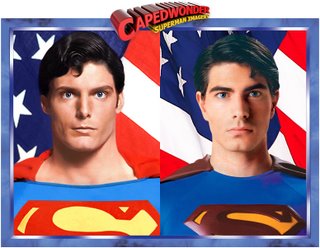 Recasting has a long track record
Hollywood has been successfully recasting roles for decades, just look at the list of TV Adaptations to the big screen that have made it. And of course many film franchises have surivived and thrived with multiple recastings, such as Bond, Superman, Jack Ryan, and coming soon: ‘Fletch’ (to be recast with Scrub’s Zach Braff). And of whatever your opinion of the latest Star Wars prequels (Episodes I, II, III) there seems to be universal agreement that Ewan Mc Greggor’s portrayal of a young Obi Wan was near perfect. The closest example may be the Batman franchise, like Trek it had seen better days and so (again like Trek) they decided to get back to basics and do a recast and an origin story with Batman Begins. That film went on to be a mega-hit for Warner Bros. and just today they announced its sequel. It does not seem to matter if a character was originally created on the page, TV or film either, recasting has worked in all cases. To be sure there have been some duds that had recasting (like last year’s Bewitched), but was it recasting with Will Farrell or a bad script that killed that one? In the end Star Trek is just another film franchise and it is subject to the same laws of Hollywood Physics. Mainstream audiences seem fairly flexible when it comes to recasting…its really only the hard core fanboys that have a hard time coping, and often even they come around. 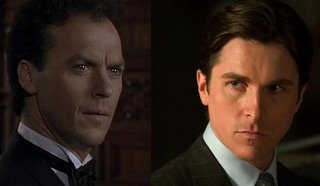 Kirk and Spock wont be easy
Although recasting works, that does not mean it is easy, just ask Brian Singer who went to great lengths to find his Superman. That being said, the rumor that Matt Damon would play Kirk has actually been well received in the media and amongst fans, even William Shatner has said he thinks ‘its great’. He is seen as having star power, being able to do drama and action, and having a ‘fit’ with the character. The big question at Paramount is: does it need a big star? It is easier for a good unknown actor (like Routh) to emboddy a role made famous by others, but a big star helps ensure box office success and bringing in new fans (something the Trek franchise could use). Although Damon seems like a good choice (if true) there seems little consensus on the more difficult Spock character. Opinions vary widely from Keanu Reeves to Jude Law to Adrien Brody to lesser-knowns like Milo Ventimiglia. One thing people tend to agree on is that Damon shouldn’t be paired up with his buddy Affleck. The TREK XI Report is a strong believer a pairing of Matt Damon with Juaquin Phoenix in the roles of Kirk and Spock. One thing is for sure, recasting is one of the hottest issues in fandom, and will remain so for the next two years.