Today IDW announced the details on their next Star Trek: Discovery comic mini-series, which they teased at WonderCon last month.

Discovery’s Aftermath to explore Spock’s past with Michael Burnham

Titled Star Trek: Discovery – Aftermath, the third IDW mini-series tied to the CBS All Access series, will explore the repercussions of the second season finale. According to IDW’s announcement, the story will focus prominently on Spock. Here is how it describes the new series:

In the aftermath of the 2019 finale, everything in Discovery has changed, and as L’Rell and Pike try to negotiate a fragile peace, Spock finds himself grappling with the fallout from what happened with Michael Burnham—and the mysteries about her still left to unravel.

The three-issue series will share the same writing team as the previous two mini-series, with Discovery staff writer Kirsten Beyer and Trek comics vet Mike Johnson. Art will be provided by Tony Shasteen, who also worked on the previous two titles. “The new series shows how Pike, Spock, L’Rell, and the rest of the cast deal with the fallout from the mind-blowing events of Season Two,” says Johnson. “And we couldn’t be happier that Tony Shasteen is beaming back onboard for this story!”

“To be able to follow up on the huge status-quo shift presented in that finale is a dream come true, especially with a team as talented as Kirsten, Mike, and Tony,” says editor Chase Marotz. “In terms of fitting into the broader universe presented in Discovery, this new series is perhaps our most essential yet, and I can’t wait for everybody to see what we’ve got in store for them.”

At WonderCon IDW editor Chase Marotz announced the series will kick off in August. Pre-orders should be available at your local comic retailers and online after August solicitations are released in the latter half of May.

If a Pike show does happen, this sound like it would’ve been the perfect story line to start that show on and with the Enterprise dealing with the fall out of Discovery’s disappearance. But at the very least there will be a few Pike adventures via the comic series. Pretty cool Kristen Beyer is working on this too. That woman is quite busy these days. ;)

Or transition some stories from the comics into a min series

I’m not big on comics but this one I shall not miss.

I’m ready to give this comic series a try.

I’ve been impressed by how much effort the comic writers and novel writers work to maintain coherence in-universe.

John Jackson Miller has the next Discovery novel due out later this year – which will have Pike as Captain. It’s titled “The Enterprise War” .

Hard to know if the switch in writers and showrunners will mean it’s offside canon before it’s published.

This is perfect and I will buy it. Definitely open to a Star Trek Series featuring Pike.

I want a Pike series. He was so good.

Is this even canon? Nice, I would love to read this one day.

Go to the search feature and type in canon. Novels have been written on the subject.

PS there’s a lot of great Trek-lit out there that’s been put out since Nemesis.

Both IDW and Simon and Schuster have taken a lot of care.

You may be able to track them down at your library or used book dealer.

Well, not sure what the point is. Pike isn’t coming back on Star Trek period unless they basically fired half of the writers. The only thing that matters is Burnham and she created Spock, so nothing to really talk about. Well, could be that Spock and Pike will need counselling and drugs to get over Burnham. I can see that happening really easy. They might go insane actually. They need more weak skinny women fighting half human robots anyway. Have fun with this feminist joke of a mess.

Umm, what repercussions? The ship ‘sploded, let us never speak of Discovery again. And mushroom soup is now off the menu in the galley.

Did I miss something, or does ‘sworn to secrecy’ in the Federation mean about the same thing as Peter Parker making a solemn vow to keep his Spiderman alter ego secret, and then taking his mask off for anyone and everyone in the Marvel universe?

The comic will no doubt be set in the 124 days between Discovery disappearing and the final red burst.

The Klingons know about the spore drive, and they didn’t swear an oath to secrecy.

LRell will make sure no one talks about. He baby daddy will give her details about discovery secrecy plans and time crystals never to be used again and forgotten

Wouldn’t it be nice if some of the “Discovery” titles, I don’t know.. FEATURED THE DISCOVERY and it’s crew!?!? Crazy idea, I know.

NoMad Discovery’s crew has had a number of IDW comics, as well as Simon and Schuster books in the last 18th months.

Given that this series is about the aftermaths of Discovery’s departure, what better to call it?

The Light of Kahless series was all about the Klingons. Succession was set in the Mirror Universe. Most of the books have been either set aboard the Shenzhou or Tarsus IV. The only comic to really feature the Discovery crew was in the Annual, and even that was only Stamets & Culber (plus Tilly & Lorca on the last 2 pages)! And now this new series is set aboard the Enterprise featuring Pike and Spock, who I guess technically are Discovery characters now, but we all know them from TOS.

Apparently they didn’t get the memo that Discovery never existed. ;)

Honestly, if I want to read a comic about Pike, I’ll dig out my “Early Voyages” omnibus, it has characters *and* stories thousand times more interesting that anything seen in Discovery (with the possible exception of Saru). No reason to waste time on this lazy photoshop-traced… thing. 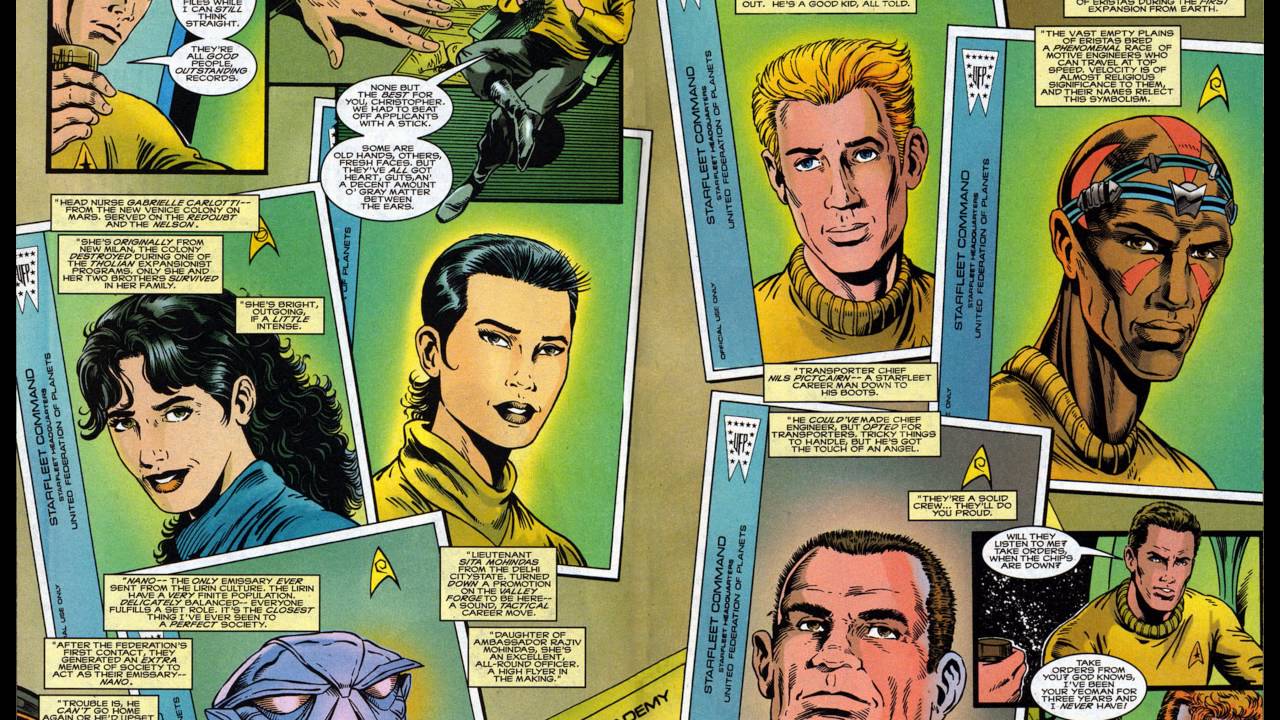 It is an amazing show. Love that they put pike on an alternate time line and hopefully he will go forwards to be a great starship captain in another star trek spin off. Would like to see william shatner in a series he deserves one

If you want a Star Trek: Pike series (or whatever they’d call an Anson Mount-led prequel), buy this comic book. I’m sure that CBS All Access will be watching every data point available to them to decide whether such a series should be produced. I’m not a comics guy, but I will definitely vote with my pocketbook!

This will get my dollar vote too.